The PhoP/PhoQ two-component signal transduction system is an important regulator of stress responses and virulence in most gram-negative bacteria, but the characterization of PhoP/PhoQ in Shigella has not been thoroughly investigated. In the present study, we found that deletion of phoPQ (ΔphoPQ) from Shigella flexneri Recombinants 2a 301 (Sf301) resulted in a significant decrease (reduced by more than 15-fold) in HeLa cell and Caco-2 cell invasion, and less inflammation. . (- or +) compared to Sf301 (+++) in the Sereny guinea pig test. In low Mg2+ medium (10 μM) or pH 5 medium, the ΔphoPQ strain exhibited growth deficiency compared to Sf301.

The ΔphoPQ strain was more sensitive than Sf301 to polymyxin B, an important antimicrobial agent for the treatment of multidrug-resistant gram-negative infections. By comparing the transcriptional profiles of ΔphoPQ and Sf301 using DNA microarrays, 117 differentially expressed genes (DEGs) were identified, which were involved in Mg2+ transport, lipopolysaccharide modification, acid resistance, bacterial virulence, respiratory and energy metabolism.

Based on the reported PhoP box motif [(T/G)GTTTA-5nt-(T/G)GTTTA], we examined 38 suspected PhoP target operons in S. flexneri, and 11 of them (phoPQ, mgt, sly, you, yrbL, icsA, yhiWX, rstA, hdeAB, page and shf–rfbU-Virk-msbB2) were shown to be PhoP-regulated genes according to electrophoretic mobility shift assays and β-galactosidase assays. One of these PhoP-regulated genes, icsA, is a well-known virulence factor in S. flexneri. In conclusion, our data suggest that the PhoP/PhoQ system modulates the virulence of S. flexneri (in an ice-dependent manner) and the stress responses of Mg2+, pH, and antibacterial peptides.

All guinea pig infection procedures were approved by the Institutional Animal Care and Use Committee (IACUC) of Fudan University College of Basic Medical Sciences (IACUC Animal Project Number 20140226-022-Qu) in accordance. with the national guidelines (Regulations for the Administration of Experimental Animal Related Affairs, China).

At 72 h post-inoculation, guinea pigs were euthanized with pentobarbital (40 mg/kg) and the eyes were removed and fixed in 4% formalin in PBS (pH 7.2). After hematoxylin and eosin (H&E) staining, the eye sections were examined under a microscope. 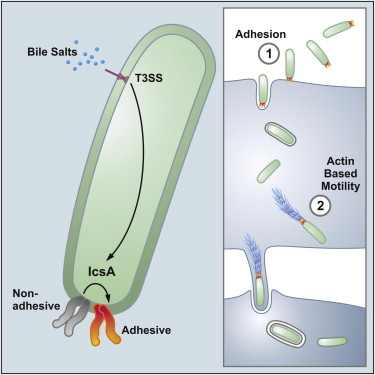 For the polymyxin B resistance assay, overnight cultures were inoculated in LB, shaken grown until the OD600 reached 0.6, then the bacteria were diluted in sterile 0.85% saline to approximately 5%. × 103 cells per ml and exposed to different concentrations of polymyxin B (5, 10, 20 and 40 μg/ml) for 1 h at 37 °C. Surviving bacteria were determined by plating on LB agar plates in triplicate. Survival rate was calculated as the number of bacteria treated with polymyxin B divided by that of the untreated control. All experiments were repeated at least three times.

DNase I fingerprint assays were performed according to Wang et al. (2012). The promoter regions of your, mgt, and shf were amplified with the primers listed in Table 2 and cloned separately into pUC18BT vector (Shanghai Biotechnology Corporation, China), which was then used as a template for the preparation of FAM-labeled probes fluorescent.

The probes were purified with the Wizard® SV Gel and PCR Clean-Up System (Promega) and quantified with a NanoDrop 2000C (Thermo Fisher Scientific Waltham, MA, USA). For each assay, 500 ng probes were incubated with different amounts of PhoP in 40 μl of binding buffer at 30 °C for 30 min. Then 10 μl of DNase I (0.01 units) (Promega) and 100 nmol of CaCl2 were added, incubated at 25 °C for 1 min and the reactions were stopped by adding 140 μl of DNase I stop solution (acetate). 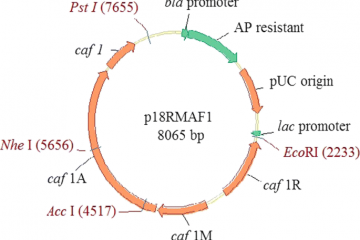 Abstract Previously, we developed a single recombinant protein vaccine against plague composed of a fusion between the Fraction 1 (F1) capsular antigen and the V antigen. To determine whether the overall expression, solubility, and recovery Read more… 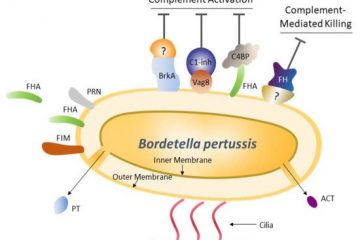 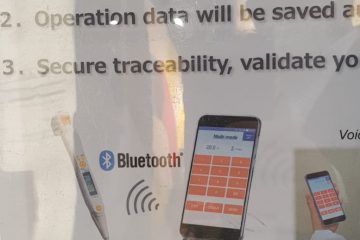